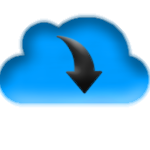 The database for the second Data Visualization Contest with R consists of data retrieved over a period of ten years, in ten-minute intervals, and which have been registered in three automated weather stations. These stations belong to the Soil Moisture Network of the University of Salamanca (REMEDHUS), integrated in the International Soil Moisture Network (ISMN). The infrastructure belongs to the Research Group in Water Resources of the University of Salamanca (HIDRUS), attached to the Spanish-Portuguese Agricultural Research Centre (CIALE), and it is located in the province of Zamora (Southeast Spain).

1. During August 2019, the database base will be made publicly available at https://rusersasturias.github.io/contest/ and in the repository. Anybody will be able to participate sending a plot made with R software.

2. Project presentation will take place between the day the data is published and 11:59 PM on October 31st, 2019, sending an e-mail to grupousuariosrasturias@gmail.com with the visualization or the url to it, in the prefered format. Name, surname, e-mail, professional/laboral background and country of residence will be specified in the e-mail.
The subject of the e-mail must include "Second data visualization contest". A very brief explanatory text in english, can be attached to the graphic.

3. The jury will issue its opinion on November, 2019. The declaration will be made public on the site of the contest, and the winner will be notified by e-mail.

The first edition winner has been Antonio Díaz Muñiz, with this participation: https://adiaz.shinyapps.io/infractionmap/


Rules of the contest